Why Britain Is Indeed Great When It Comes to Business 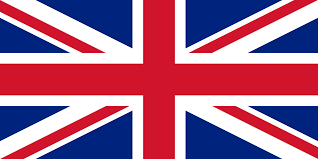 A couple of years ago, the UK's Prime Minister David Cameron went to lengths to impress upon a Russian press attaché why he thought his country was Great. He went on to point out that Britain helped rid Europe of fascism, was instrumental in helping abolish slavery, has invented most of the things worth inventing -including Sport that is currently played around the World - as well as art, literature and music that 'delights the World'. But what about Business?

In many ways, the UK is the obvious choice for companies throughout the world expanding internationally.

For starters, there's the language - Much to the annoyance of the French Establishment, English has become De facto the standard language in which businessmen and women throughout the world communicate.

Secondly, there's the time zone: Located in the same central region in which time itself is measured, the UK is open for business with Asia in the morning and North America in the afternoon, which is why so many iconic global brands choose to make the UK their European headquarters.

Then there's the economy itself:

Already the sixth largest in the world, the UK will be in a position to overtake arch-rivals Germany as Europe's largest economy by 2030, thanks in part to a growing population and not being burdened with the problems associated with the Euro - it would appear that Britain's decision to retain its Pound Sterling was a wise one. The fact that the UK is part of the EU but operates at arm's length from it means that Britain has been largely shielded from the recent turbulence associated with mainland Europe next door.

With its Anglo-Saxon work ethic that makes the Southern European one seem positively docile by comparison, the United Kingdom has an energy and hunger which makes it a great place to do business, with relatively low corporate tax rates which are set to fall further in 2014.

Setting up a Private Limited Company in the UK is both quick and easy. If image is important to your company, then register your UK with a prestigious London address. Given that the UK's Capital City is dis-proportionally larger than all other UK cities and home to most global brands, companies from outside the UK usually decide to make it their British home.

However, if you plan to have a physical presence in the UK and need large premises, it is sometimes better to look outside the M25, the world's largest ring-road which surrounds Britain's premiere City: not only are rents much cheaper, but regional grants are sometimes available from local authorities looking to boost inward investment in their particular area. In some ways, London operates as an autonomous economy detached from the rest of Britain - a country within a country.

One quick, cheap and easy way for you to start reaching out to prospective British customers is by making it easier for them to reach out to you. The simple act of adding a national local contact number which then routes to English speaking staff at your global HQ is a good start. Alternatively, you should consider engaging in the services of an inbound call center who can answer inbound calls in your name. The act of simply having a local access number which customers or prospects can call will instantly give the impression that you have a presence in the UK - even if you do not necessarily have premises and staff. This is more commonly referred to as a 'virtual office'.

Companies in North America who already have an English website are doing themselves a huge disservice by not adding a UK office to the 'contact us' section of their website - calling an overseas number remains a psychological barrier for prospective customers all over the World.

Given that the inventor of the World Wide Web is himself a Brit, it comes perhaps as no surprise that 83% of the UK's population are online and are Europe's most prolific internet spenders. Given that more than half of them will be accessing the web from their mobile devices this year that from the 'fixed line' web, it is important that your online presence renders correctly across all platforms such as iPhone and android, especially if your offering is a consumer facing one.

To this end, if your companies name is still available on Britain's.co.uk top level domain, buy it - and make this the destination for prospective customers from the United Kingdom.

If you are a tech company, there are many companies that you can team up with for strategic collaborations. Many of these are located near 'Silicon Roundabout' in London.

If you plan on employing staff, there are many head-hunters only too eager to help you. Unlike in other EU countries, firing staff is relatively straightforward - making your decision to hire them that bit easier. Finding people to work for you on a 'commission-only' sales basis is also possible, if you know where to look!

If you are in the creative field, you are in good company: The UK has the largest creative sector per head anywhere in the world. And if you aren't, said creativity can help you in your globalization efforts.

If your business is in retail, then you might even pick up some ideas that you can then export to other markets throughout the word. As Napoleon pointed out, the United Kingdom is a nation of shopkeepers, and have become World leaders in the new omni-channel world in which we all now live.

There are a wide range of highly competent professionals at your disposal happy to offer you their services. Some such as Accountancy practices and PR firms will try and secure their services on a monthly retainer basis. Whilst this might be appropriate in some cases, in others it won't be - so engage in the services of a company that charges you on a 'pay-as-you-go' basis instead.

Finally, if you are serious about expanding into Britain, it is important that you have at least one trusted partner on the ground there who can act on your behalf, preferably one with an established network of trusted contacts in place who can help your grow your business in this vibrant and Business friendly country.

Posted by GlobalGuy at 07:35 No comments: