Using Brexit as an opportunity to grow your European Business 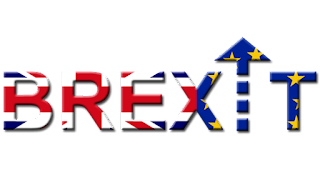 For the 48% of us that voted to remain inside the European Union, the referendum result came intially as a unwelcome shock to most of those who are in the business of doing business.  But as Napoleon Hill once pointed out, every adversity, every failure, every heartache carries with it the seed of an equal or greater benefit.

Agile and forward thinking UK SME’s can mitigate the risks associated with leaving the EU by structuring their affairs in such a way that they do not actually leave it at all.

Creating an EU subsidiary will not only allow them to capitalize on the opportinities afforded by continuing to freely trade with the remaining 28 member states within the world’s largest trading bloc, but also it will give them a distinct advantage over their UK competitors who don’t seize the initiative and simply retreat behind the drawbridge and wait to see what happens next.  But procrastination is not only the thief of time, it also does a pretty good job of ensuring that business is not as brisk as it should be.

Consequently, the post-Brexit period of widespread uncertainly in which we now find ourselves is the perfect time for UK companies to secure their future by opening a branch office in Europe’s powerhouse economy, Germany.

Not only will so doing ensure that they can continue to trade and to provide services throughout the entire European Union, but also it will alleviate any fears that customers or suppliers might have by demonstrating that they are fully committed to the European project, despite the Brexit outcome and all the uncertainties associated with it.

Securing a foothold in Europe’s key market therefore offers enormous advantages to SME’s already trading with Germany, but also to companies that have been considering establishing a presence in Europe anyway.

Only an hour or so flight from most UK airports, Germany has a business friendly tax and legal system and its central location within Europe makes it the natural choice for British companies looking to establish a subsidiary or branch office on the continental mainland.

The most common legal form is to establish a GmbH (Gesellschaft mit beschränkter Haftung)  which is German for "company with limited liability" - The name of the GmbH form emphasises the fact that the owners (Gesellschafter, also known as members) of the entity are not personally liable for the company's debts.

It is widely accepted that a GmbH is formed in three stages: the founding association, which is regarded as a private partnership with full liability of the founding partners/members; the founded company (often styled as "GmbH i.G.", with "i.G." standing for in Gründung – literally "in the founding stages", with the meaning of "registration pending"); and finally the fully registered GmbH. Only the registration of the company in the Commercial Register (Handelsregister) provides the GmbH with its full legal status.

Under German law, the GmbH must have a minimum founding capital , from which €12,500 have to be raised before registering in the commercial register . The company is run only by the managing directors (Geschäftsführer) who have unrestricted proxy for the company and must be either a national of a European Union country or have a German work permit.  Shareholders, on the other hand, can be any UK entity, be it a person or a UK Limited company.

Other factors to bear in mind when establishing a presence in Germany includes securing a business address, launching a German language website - local law dictates this must include an ‘impressum’ which outlines company details, appointing a good tax consultant, and hiring at least one German speaking representative that can help during the formation period and possibly beyond.

Unlike in the UK, joining the local chambers of commerce is mandatory.  However, doing so will allow members grow their business contacts.  Social network XING is their LinkedIn, which is another useful way to engage with prospective customers or partners.


Brexit came as a shock to most Germans.  Many are Anglophiles at heart and would welcome the opportunity to continue working with British companies that elected not to leave the European Union after all.
Posted by GlobalGuy at 00:45 No comments: