My #Brexit journey – musings from an English/German dual national 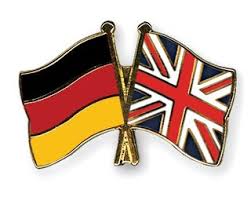 My overwhelming emotion on the morning of Friday June 24th when David Dimbleby announced ‘we’re out’ was one of sadness.  After all, whether I liked it or not, I am a hardwired European by virtue of my Father who, like Nigel Farage, elected to marry a German national.  And liked it I did.

Unfortunately, my parent’s union did not last which resulted in my Mother returning to her native Fatherland when I was 7.  I started travelling as an unaccompanied minor between the two countries, spending my time either in the sedate beauty of the Hertfordshire countryside in what was then Broken Britain, or in the brand new shiny modern metropolis of Düsseldorf. The contrast was striking.

Apart from attending an American School in Düsseldorf in 1973, my schooling was in England where I went to several state schools.  Aged 11, I was sent to a boarding school in North Norfolk which was to become my new home for the next five years or so.

Back then, the second world war had not been all that long ago and anti-German sentiment was still relatively high.  To this end, I distinctly remember trying to keep my German side private, for fear of being called a Nazi.

However, when in Germany and conversing with Germans who learnt I was half English, I always found the reception I got was far more favourable.  It’s as if they were grateful to be speaking with an Englishman who accepted them.

In my thirties, moved to a small village called Blankenese on the outskirts of Hamburg where the love of all things British was arguably far greater than within Britain itself.  Competition for the apartment was fierce, and I managed to secure it on account of the landlord being an Anglophile.  You see, many Germans love the [still, just] United Kingdom and all things British.

In the early nineties, I found myself to be an enthusiastic proponent of the European project.  After having spent countless hours waiting at border control in Netherlands, France and elsewhere, I rather liked the idea of free movement throughout all of Europe.  I was sold. .

I was dating a MP’s daughter at the time who was kind enough to invite me to the public gallery on the evening that the Maastricht Treaty was ratified.  All the top brass were there, and it was fascinating to be at the seat of power on such an historical day.

Over time, I detected less anti-German sentiment this side of the channel and subsequently became less inhibited about my German heritage.  On the contrary, I was proud – Germany had become Europe’s economic powerhouse.  Plus I love German cars and the fact that there are no speed limits there!

Germany’s hosting of the 2006 FIFA World Cup was a turning point for me since I knew that many Brits visiting the tournament would not have normally have elected to go there.   But when they came back, many observed how friendly their hosts were and what a beautiful country is was.  From this point forward, I would no longer hide my German side – on the contrary, I would embrace it.

A decade later, the British electorate decided that the European project was not such a good idea after all.  Perhaps unsurprisingly, given my intrinsic European credentials, I voted remain.

But I totally ‘get’ some of the arguments that the other side made – the bloated bureaucracy, unelected officials, and the fact that Great Britain has always been and outwardly looking global trading nation.

In the meantime, however, we have to live with Brexit and all its unforeseen consequences.

In recent years, I have been helping North American SME’s make UK their European home.  It was an easy pitch: Business friendly, same language, and access to the world’s largest trading bloc.

Now that the UK is not such an attractive proposition, I will be helping UK & US SME’s establish a subsidiary in, you guessed it, Germany.  This allows them to structure their affairs in such a way that they do not actually leave the European Union at all and can continue trading freely with the remaining 27 members.

I really hope that the Britain envisioned by those than wanted us to leave comes to pass, but I think it will take a while to get there.  In the meantime, we are left pondering if the Le Touquet treaty will hold.

Now, where’s my German passport?
Posted by GlobalGuy at 17:25 3 comments: The seismic events occasioned by Britain’s decision to leave the European Union have forced many UK companies to consider restructuring their affairs in such a way that they do not actually end up leaving it at all.

Establishing a European subsidiary, of course, is nothing new.  But Brexit has caused many British companies to consider this possibility as a form of insurance policy so that they can continue to trade freely with the remaining 27 member states without having to worry about the countless unknown unknowns that it has created.

When it comes to deciding in which country within Europe to relocate, most companies are perhaps unsurprisingly electing to do so in its largest and richest market.  But where within Germany should they establish themselves?

Having lived and worked there for over a decade myself, I can wholeheartedly recommend its most beautiful and prosperous City, Hamburg.

Situated on the river Elbe, Hamburg is the second largest city in Germany and the eighth largest city in the European Union.  It has a population is over 1.7 million people, and is Germany’s most Anglophile City with several thriving English-speaking communities.

Thanks to its geographical location and easy accessibility by water, road, rail and air, Hamburg is an outstanding hub of logistics in world trade and the most important logistics location in Northern Europe.

Hamburg‘s economic structure is dominated by the services sector. The Hanseatic city is traditionally the most important trading centre for goods of all kinds in northern Europe, and central gateway for the overseas trade in the Baltic Sea region.

Moreover, Hamburg is home to many major players in the business services sector, in particular for banks and insurance companies and is host to a dynamic fintech sector, with numerous start-ups developing intelligent digital solutions for next generation banking.

Furthermore, Hamburg leads the way in a number of other sectors including media, music, film, PR, online, software and games.  This is why Internet giants such as Google, Facebook, Adobe, Systems Engineering, Twitter, Hootsuite and Yelp decided to make Hamburg as their German headquarters.
The list of long-established advertising agencies in Hamburg is tantamount to a "who’s who" of the German advertising industry.  Other areas in which the City excels includes Life Sciences and Wind power.

When it comes to quality of life, “The Economist” consistently ranks Hamburg as one of the most the most livable cities in the world.  This is a sentiment to which I concur.

With this in mind, I am seriously considering moving back there once my son starts university, and I would be delighted to help any UK company establish themselves in this, the most British of German cities.
Posted by GlobalGuy at 03:51 No comments: